Cambodia, Kampuchea, Khmer and Angkor are all names associated with a single Asian civilization reknowned for its art and architecture. Kampuchea is the name of the country and nation in Sanskrit. The inscription derived from a tribe of the Khmer civilization known as Kambusvayambhuva, the legendary founders of the Khmer civilization.Cambodia covers an area of 181,035 square kilometers that is divided into twenty-four provinces.The three major tourism cities are   Phnom Penh (the capital), Sihanoukville and Siem Reap.Cambodia during the Khmer Empire was really big indeed. To the North bordered with Burma and the Northwest with China. The East close to Champa in Hoyan, (the center of Vietnam right now), and to the South Malayu, (now Malaysia).Extending from West to East, Camdodia now is 560kms wide and 440kms tall. Angkor and Cambodia is in the south of asia within the Indochina peninsula and is bordered between Vietnam on the South and East, Thailand and Laos in the North and the Gulf of Thailand in the West and Southeast.Cambodia lies between the 10th to 15th parallels of latitude and on east 102 to 108 along parallel of latitude and almost circular in shape, with its centre near the kampong Thom province. 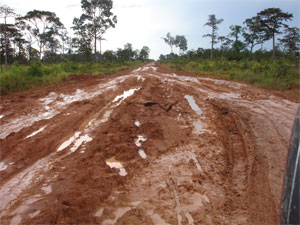 Cambodia has 2 primary seasons. The Rainy season is hot & occurs from May to October, (30 to 40 deg C). It is the season for farmers to start ploughing & planting the rice to grow. The Dry season from November/December to January, (16 to 38 deg C). It is really cool for Cambodian people then. Some of them collect hay and dry leaves of trees to burn, whilst drying the wet leaves around the fire. The hottest months from February to April can be 40 deg C. Besides the ancient wonders of Angkor, beaches, islands, mountains and jungles are part of Cambodia’s geographical makeup and offer unique opportunities for tourists to explore and to enjoy an unspoiled tropical environment.

Although Cambodia is one of the world’s poorest countries, it is rich in natural resources including fish, forest, gems, rubber, and rice. Today eighty-five per cent of Cambodia’s population works in agriculture, resulting in an agrarian-based economy.The religion of the majority of modern Cambodians is Theravada Buddhism but traditional animistic beliefs that pre-date formalized religion are also widely practiced.Cambodia was a French colony from 1868 to 1954.  Civil war in Cambodia from 1975 to 1979Here are the your children have been taught being khmer rouge carrying the Ak47 gun with black uniform and khmer scarf cover the neck and visor cap.killed more than 3 million people (3 years 8 months 20 days). The policies of Khmer Rouge kill all educated people as professors and High ranking.Survived by Vietnamese troops, lead by the now current Prime Minster Hun Sen, He is the Excellency in the Cambodia People Party. Many mines in Cambodia have been laid by Khmer Rouge and the soldiers in the rival factions. After the civil war, many of those mines are still in the jungle and have killed and maimed countless people. Loss of legs and hands when they are doing farm work and cutting the trees are common place. Now there is help in clearing mines by the Cambodian army and CMAC and other NGO’s.

Currency - The local currency is riel. $1=4000 Riel approx.If you change in the airport or border you’ll get rip off. rates according to different places. The US Dollar is readily used for most transactions in Siem reap because the $dollar is stable and does not fluctuate too much. Our Cambodian money call Riels can go up and down from the things we import from Thailand. Paying in Thai Baht costs even more. Visa card can be used in some some big foreign restaurant,guesthouse,hotels and big shopping, usually with a 3% ATM machine surcharge will give you in USA dollars.

You can get a Cambodian visa upon arrival at the border as well. You'll need a passport photo as well. Thailand border have to pay in Thai money around 1000 Baht for one month
a one-month visa, available on arrival at Phnom Penh and Siem Reap airports, costs US$20 for a tourist visa and business visa is $25

E-visa apply  before arrivals is possible and  much cheaper doing at the border.Here is the website of e-visa for apply www.evisa.mfaic.gov.kh

Special for Malaysian,Thai,Chinese and vietnamese tourists: For visa is free of charge

Departure Tax: international flight: $25 and Domestic flight: $6 for one person