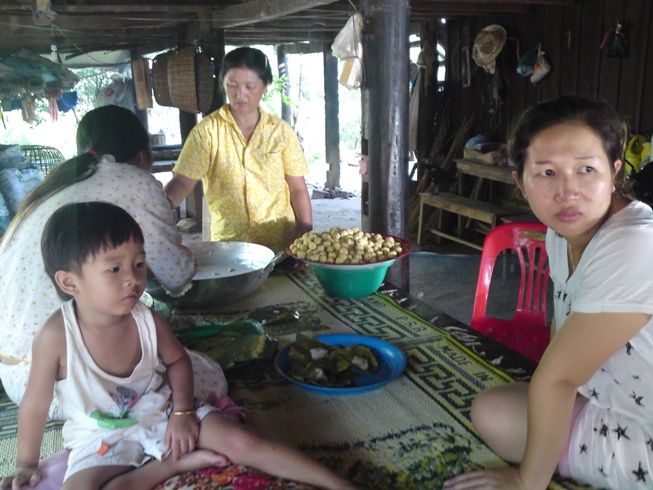 On the 17th of September to 19th of September in each of year in Cambodia.The traffic in whole Cambodia begins their annual exodus from the capital to their hometown.

This is Cambodia’s most famous king,Jayvarman VII, started the holiday of Pchum Ben in commemoration of the warriors who died during the great boat battles with the Cham in Siem Reap.Centuries later,it has shifted to a remembrance of the family ancestors. And just like those long-lost warriors,they need some nourishment. The food,of course, will have to be to Khmer tastes. My friend Chab Vannkunn says even ghosts would wrinkle their noses at foreign foods, and god forbids you to try them junk food. 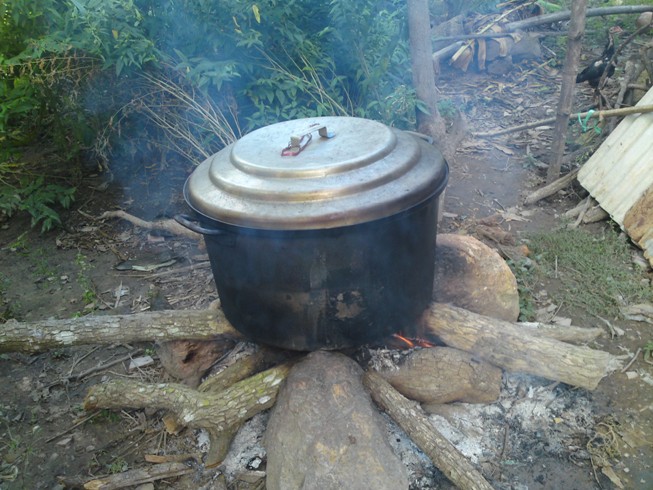 It is only the good old family recipes that will satisfy.Only a few traditional dishes are offered up to ancestors during Pchum Ben.Chop chai soup, make with pork, vegetables and pork skin, is one of the essential dishes.I asked Chab Vannkunn what kind of vegetables and he said: “All kinds. Whatever they grow in their province.” It reminds me of the old family recipes cooked up at the Christmas by my family in the states. There are different styles, but they are all Cambodian,” he said.Pork with fried noodles is the other main fixture on the festive menu. 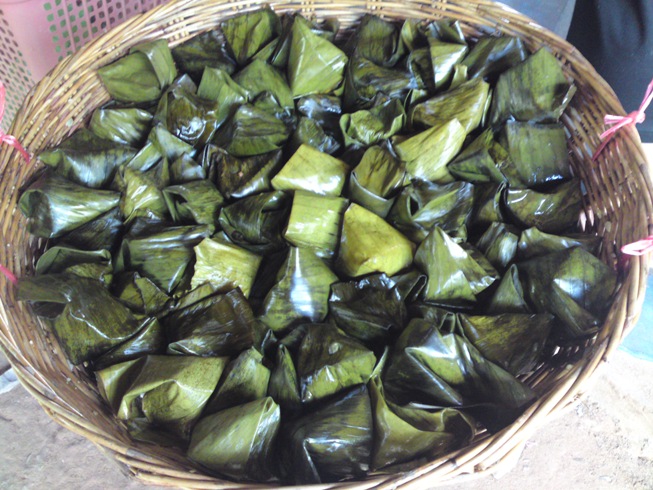 Other dishes include chicken or fish fried with ginger, and roast chicken.“If people have a house, they have chickens,” he said.The women prepare the dishes, and they are stacked in a bunto – the cylindrical lunch box – and brought to the pagoda to be offered up to the monks.Some people started cooking and sending in food to the pagoda 15 days before the day of Pchum Ben. However, most will prepare two or three days beforehand. 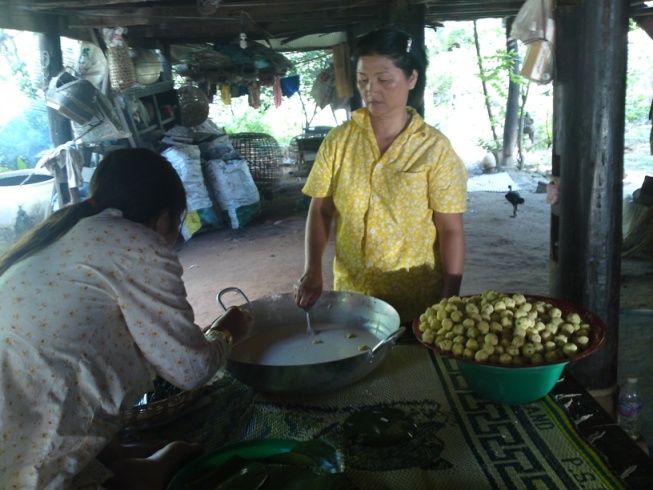 The mass of food can’t all be eaten by the monks, so it is also a time for giving.Monks will arrange for food to be sent to troops who can’t get back to their home province, and the poor will go to the pagodas to ask for food from the monks.With people returning to their home province for this holiday, food is being cooked up for their families as well.This is the special time for city folk to eat the clean country food not found in the cities.Kunn tells me: “The strong chickens in the countryside are much tastier. They haven’t been pumped up with water like city chickens. And the fish are better, too. They grow up in the rice fields only in the rainy season and have only clean food to eat.”