In 1999 i was the motor bike driver in Apsara angkor guesthouse and doing all the work as ( waiter,receptionist,cook and coffee maker) all these job working was free of charge just get only tourists from this guesthouse to drive out to Angkor wat temples and get some foods to eat  from customers have eaten left on the plate. I was passionate to do myself just only for meeting and practising my English because when I was in my country. it was hard to find foreigners to improve my English and you can see my photos was taken along time with clients his name Mr.Wada from Japan infront of that guesthouse, morever,in  that time i was really hard to find money while i was studying .I always brought my school book with me for reading when my customers was going to visit into temples and tangibly of new key vacabulary or i could ask many other tourists was visiting the temples and also i was the one of people thought  crazy  person because one step of my work with tourists is not looking money, for instance ,there is one old man gave me one word ( you raise the crodile sank in the water) meaned that tourist is crocodile.

My full name is chab vannkunn mostly people call me mr. kunn I was born in sampov lourn village, kralanh district, communce, Siem reap province 54 km away from siem reap on the way to Thailand border (poipet).I still have 5 people in my family one younger brother and one the youngest of family is sister and my parent and me. I have learned my English knowledge from Backpackers tourists on the way from Thailand border crossing through Cambodia border (poipet) in 1998 used to be stuck all tourist cars on the way to Siem reap Angkor wat and then I brought them to stay at my local house in my home village and then I  could practice  my English that  I have learned from private school it was hard to understand in speaking but easy  to understand in writing at firstly of my conversation. 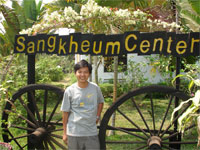 1999 I and my younger brother moved to live in siem reap. For me going to live there for graduation one more year in senior high school and my younger brother was going tobe the apprentice of mechanic in my uncle garage because he said school is making him tired. While I was studying I seized the the chance to work in one guesthouse for fill my stomach as cook and serving food in that time too I could use my English improvement get better and better even experienced as well, unfornately after access of my senior highschool for one year I have to carry on in university more in campital in phnom penh I really did not have ability I went back home to ask my parent sell my bull as the cattle and buy me motor bike for driving tourists to Angkor wat and then they did .and then come back to live with my brother’s garage luckily I have known one Nowegian guy and he is one part of the owner of earthwalkers gueshouse in siem reap .He was kind  and really helpful giving me many works to do with his customers doing tour as motor bike dirver and one year later in 2001 I apply for English speaking tour guide and I was access in that exam and become the official English speaking tour guide and motor bike driver until I have some money and look to myself was lonely.did not have house and family and going to stay everywhere and sometime have foods and most of the times i did not eat regular. better I think going to get married with one daughter the owner of one guesthouse where Thomas Holdo Hansen used to rend rooms there before .

In 21th of june 2003 I got married with Miss jasmine call vandy and I managed this local guesthouse tobe tourists guesthouse and right now i am the proprietor of Jasminelodge and so I have to suspend my official English speaking tour guide and catch the guesthouse business instead at first we got only 14 rooms and 2008 we build more 13 rooms, evenmore I have to go to border nearly 2 times a week for dealing with travel agency and brought tourists to our guesthoue but likely too much pressure hassle as tourists fell some of custmers did not stay and a few of them stay but feel like annoying just only stay not doing conversation and relationship to our family and use our guesthouse’s service so I was feel boring everyday but one day I mailed to my Norwegian friend and he gives me advice.more information and some photos of me at begining of Jasminelodge www.mushroomjohn.org/kunn1.htm. As well as his own foundation, Kunn actively supports others charities. Cambodian “Love cards”, painted by children in local schools, are sold on the premises, with all proceeds helping to subsidise teaching salaries. The White Bicycle Scheme is also supported. Two bikes are available to guests to use as a sustainable form of transportation and $1.5 of every $2 daily rate goes on to fund local organisations and projects. 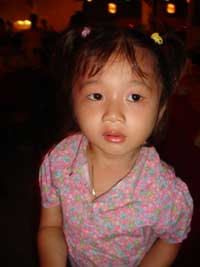 2004 I had one daughter name Malis mean Jasmine and she did not breath feed always need only poweder milk and cost too much money some diapers as well and one week later I got my own website and my tourists was staying in my guethouse highly recommended each other by words of mouth and got highly in author’s choice of independent lonely planet and so many tourists looking for my jasminelodge but some of them can stay in our lodge but some of them could not come because I got competition of taxi and tuk tuk driver kidnapped thme away from our guesthouse to other guesthouse with commission. 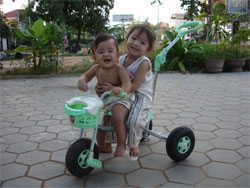 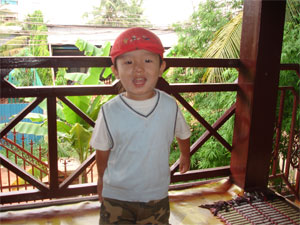 2006 I got one more son name Sunlin as mini kunn being well-known of Mr john and Mrs phillipa in England and right now I managed jasmienlodge with my wife’s grand mother in law and my parent in law together it is family business and my father in law is well experienced of electricity, crocodile farm and guesthouse maintainer.

Mini kunn is learning to wear helpmet after police being strict on people in Siem reap and he is wearing sun glass staying on the tuk tuk  would like to visit Angkor wat temple with tourists are staying in his Jasmine lodge guesthouse. 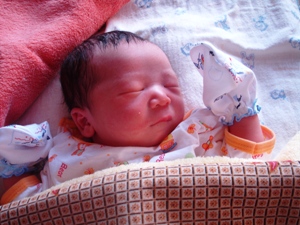